II+IW model for the activity of electrolytes

In the framework of the implicit water model of electrolytes (also known as the Primitive Model) it was reproduced by giving unrealistically large diameter to the ions. It was considered as a solvated diameter of ions representing ions together with their solvation shells. In this picture, the non-monotonic behavior is a result of the balance between the (repulsive) hard sphere exclusion and the (attractive) Coulomb interaction.

We argued against this view and proposed that the non-monotonic behavior is a result of balance between ion-ion (II) and ion-water (IW) interactions [1]. The II part can be computed in the framework of an extended DH [6], the Mean Spherical Approximation [1], or Grand Canonical Monte Carlo simulations [1-7]. The IW part is approximated from the Born theory using a concentration dependent dielectric constant that is a crucial quantity in our theory linking the two terms that are otherwise computed independently. 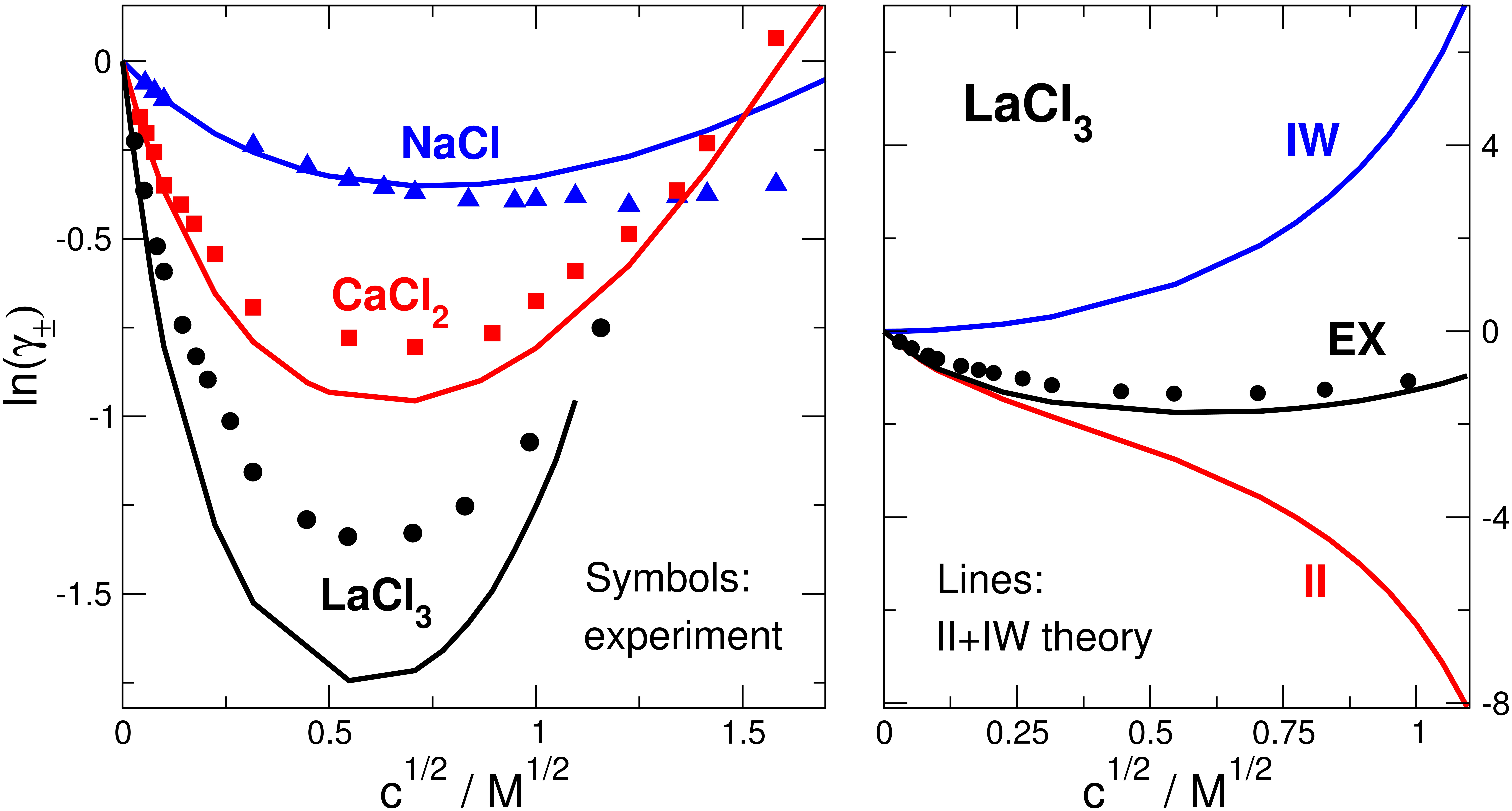 [1] J. Vincze, M. Valiskó, and D. Boda. The nonmonotonic concentration dependence of the mean activity coeffcient of electrolytes is a result of a balance between solvation and ion-ion correlations. J. Chem. Phys., 133(15):154507, 2010.